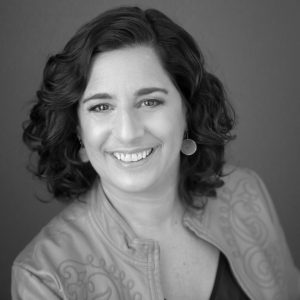 Nancy Turano, Artistic Director is a Director, Master Teacher and Choreographer for Dance, Film, Opera and TV. She received a BFA in Dance from SUNY Purchase and performed as a principal dancer and with Ballet Hispanico of New York, Buglisi Dance Theatre, Martine Van Hamel’s New Amsterdam Ballet and others. As Artistic Director of the New Jersey Dance Theatre Ensemble since 1994, Turano has been acknowledged for creating innovative training programs for dancers in the NJ, NYC metro area including; Movement Invention Project® (MIP®) at Baryshnikov Arts Center and New York Live Arts, and MIP2® in NYC. Turano recently secured a new 9,000 sq. ft. dance center for NJDTE in Summit, NJ to expand their pre-professional training program for dancers ages 5-18.

Turano has choreographed 26 new works and commissioned 53 new works for NJDTE. Her choreography has also been presented throughout the US, Mexico, Panama, Israel, Sweden and Germany. Her full-length “Carmen” was filmed for a feature on PBS Channel 13. Her short film “Tango Octogenario” has been featured on PBS Channel 13, at the New Films/New Directors series in Lincoln Center, the Tribeca Film Festival, and other film festivals around the world. She has also choreographed episodes of Law and Order: Criminal Intent.

Turano is the recipient of numerous awards, including the 2017 NJSCA Individual Artist Fellowship for Excellence in Choreography, NJSCA 2012 NJ Governor’s Award, NJSCA 2011 Distinguished Teaching Artist Award, and Outstanding Alumni Award by the Chancellor of SUNY Schools. Turano has been a National panelist (2013-2015) and Chair (2016-2017) for YoungArts in search of U.S. Presidential Scholars for the Arts. Turano has been on the NJPAC Advisory Committee since 2015. A master teacher, Turano has taught at National Ballet of Sweden School, Ballet Hispanico, Alvin Ailey American Dance Theater, Aspen Ballet, National Ballet of Panama, Teatro San Martin in Argentina, Bat-Dor in Israel, Vancouver Arts Umbrella, Celine Dion’s “A New Day,” Montclair State University, New York University, Purchase College, and over 30 Universities in the US. Turano was also the Founding Director of the Harkness Youth Ballet at the 92nd St. Y in NYC. Turano has been on the faculty of the Ailey/Fordham BFA Program since its inception and with the Pre-Professional Division of Ailey School for 21 years.

NJDTE Founding Artistic Director and visionary master teacher, was born in Montevideo, Uruguay. He studied ballet with Alberto Poujanne as a scholarship student at the National Academy of Ballet in Uruguay and then went on to dance with the company. As a performer, Dr. Corvino toured internationally, first as a member of the Jooss Ballet, then as a soloist with the Ballet Russe de Monte Carlo. His favorite roles included Spectre de la Rose, Bluebird and Carnaval. He later joined the Metropolitan Opera Ballet Company and subsequently became Ballet Master. Dr. Corvino credited the following teachers for his training: Anatole Vilzak, Edward Caton, Boris Romanoff, Alexander Gavrilov, Margaret Craske and Antony Tudor. A noted authority on classical technique worldwide, Dr. Corvino’s teaching credits are staggering. On the faculty of the The Juilliard School for 42 years, he also taught at the Metropolitan Opera Ballet School for almost 20 years; he then founded and directed his own school in New York City, the Dance Circle, for 25 years and directed New Jersey Dance Theater Guild for 10 years. Dr. Corvino also served as panelist to the New York State Council on the Arts. At the time of his passing, he was Ballet Master to Pina Bausch/Tanztheater Wuppertal, and when in New York City, he taught master ballet classes at the Wien Center for Dance and Theatre. Dr. Corvino was the recipient of many awards including the 2002 Martha Hill Award for Leadership in Dance. In May 2003, he had the distinction of receiving an Honorary Doctorate from The Juilliard School, and in May 2005, he was awarded the Juilliard Centenniel Medal. Dr. Corvino was a mentor and inspiration to many dancers including Artistic Director Nancy Turano and Rosemary Sabovick-Bleich. NJDTE has established “The Alfredo Corvino Scholarship Fund” in his name for talented students.