Carolina Jaurena born in Caracas, Venezuela started dancing early age and has been teaching and performing for over 20 years, the height of her professional career is marked by her role as a primary dancer in the feature film Random Hearts directed by Sidney Pollack. Throughout her career as a dancer and performer she has been part of performances including “Eternal Tango” with Hector del Curto, The Show “Tanguero”, “Tango! Soul and Heart” with the Choral Arts Society of Washington at Kennedy Center and the off-Broadway Show “Tango House” produced by Juan Fabbri. She has also performed several seasons at the Thalia Spanish Theater in New York. International workshops and performances include Canarias Tango in Spain, 100 anos de tango at the Solis Theater in Uruguay and in Germany she has performed at The Theaterhaus in Stuttgart the Alte Synagoge in Hechingen and has taught Workshops at Landesakademie in Ochsenhausen. She has been invited to teach and perform at several tango festivals including Tango Norte Festival in Sweden, Yale Tango Fest, Tango Fest Houston and New Orleans Tango Festival. Carolina is a respected and sought-after performer and instructor she is renowned for her precision of movement, professionalism and charisma. 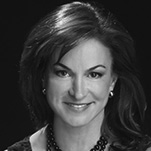 Adrienne Stevens is an Adjunct Assistant Professor of Biobehavioral Sciences at Columbia University in New York City. As an expert on the science of human movement, Dr. Stevens has worked in environments ranging from dance companies to fitness clubs and pharmaceutical corporations. She holds a BFA in Dance from The Juilliard School and a Doctorate in Applied Physiology from Columbia University. 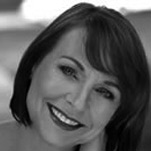 Barbara Hoon is the owner and founder of Six Degrees Pilates. Barbara brings a wealth of experience from her professional dance background, beginning as an original member of the notorious Twyla Tharp Dance Company upon her graduation from The Juilliard School in New York City. During her six years with Twyla Tharp, Barbara created distinguished roles in celebrated pieces including The Catherine Wheel and The Sinatra Suites, in which she danced alongside Mikhail Baryshnikov. Barbara continued her career on the Broadway stage, where she performed featured roles in Singin’ in the Rain, West Side Story, Jerome Robbins’ Broadway, Carousel, and South Pacific. Barbara performed in the Academy Award winning film Amadeus as well as feature films Zelig and Bugsy. She also appeared on television in national commercials, soap operas, and the popular show Picket Fences. Barbara discovered Pilates while training at The Juilliard School, where she learned the technique from pupils of Pilates master teachers. She most notably honed her craft with her teacher and trainer of twenty years, Patrick Strong, a New York City disciple of the world renowned Romana Kryzanowska. After teaching Pilates in New York City, Los Angeles, Toronto, and New Jersey, Barbara’s diverse experience and wide fan-base prompted her to open her own studio. At Six Degrees, Barbara shares her passion for Pilates, where her knowledge and instruction are unmatched, helping anyone– regardless of their physical condition, age or ailments– learn and rejoice in the boundless benefits of Pilates. Alexandra Dalli (BFA, NCPT) is originally from Cranford, New Jersey. She began her dance training at the age of three at the Westfield School of Dance and continued at the New Jersey Dance Theatre Ensemble while participating in Cranford High School’s Dance Academy. At NJDTE, Dalli performed works by Sidra Bell, Adam Barruch, Bradley Shelver, and Nancy Turano. Over the years, she has studied at several summer and winter intensive programs including American Ballet Theater’s Collegiate Summer Intensive, Pre-Movement Invention Project, Joffrey Ballet School’s summer intensive, and 10 Hairy Legs winter and summer intensives. She graduated cum laude in 2018 from Rutgers University, Mason Gross School of the Arts with a BFA in Dance. At Rutgers she was fortunate enough to perform works by Brian Brooks, Chien-Ying Wang, and Keith Thompson. During her time at Rutgers she completed the Polestar Pilates 450-hour Teacher Training Program and had the opportunity to complete an internship at Polestar Pilates España in Madrid, Spain. She was certified through the Pilates Method Alliance in 2017. Currently, Alexandra assists Polestar Pilates’ NYC Comprehensive Teacher Training as a Mentor-in-Training, teaches group and private Pilates to all ages, and is excited for another year as a faculty member teaching ballet at NJDTE.