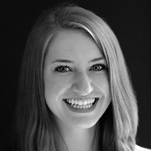 Caroline Dietz is from Chester, New Jersey. She trained primarily at Ballet Forte at Wings Conservatory under the direction of Andrea Kramer from 2001 until graduating high school in 2009 as well as New Jersey Dance Theatre Ensemble under the direction of Nancy Turano from 2003 to 2009. She also trained at Studio Maestro under the direction of Francois Perron from 2005 to 2007 and received private coaching from Alexandra Wells from 2005 to 2009. At NJDTE, she was fortunate to have performed works by choreographers Andrea Miller, Belinda McGuire, Twyla Tharp, Stephen Pier, Jean Emile, Kate Skarpetowska, Fabrice Lamego, Elizabeth Roxas, and Nancy Turano. Caroline then went on to graduate from the Tisch School of the Arts at New York University with a BFA in dance in 2012. There she performed choreography by Kate Weare and Aszure Barton. Post graduation, she joined Carolyn Dorfman Dance as an apprentice in September of 2012 and has been a full company member since 2013. There she performs repertoire by Carolyn Dorfman and Doug Elkins. Throughout the years, she has additionally studied at several summer intensive programs such as American Ballet Theatre NY, Vancouver Arts Umbrella, Movement Invention Project, San Francisco Conservatory of Dance, and Northwest Dance Project LAUNCH 7. Caroline has had wonderful opportunities to teach both ballet and modern to students of all ages and backgrounds. Additionally, Caroline received her comprehensive Pilates Instructor certification from the Real Pilates Teacher Training Program in NYC in February 2019. After gaining so much from the faculty at NJDTE as a young student, she is thrilled to be able to return as a new member of the faculty of teaching artists.