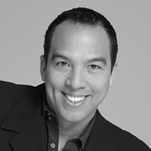 After training throughout New York City in dance institutions such as the Alvin Ailey American Dance Center and the Martha Graham School, Mr. Vilaro received a BFA in dance at Adelphi University under the direction of Norman Walker. In 1999, he received an M.A. in Interdisciplinary Arts from Columbia College Chicago and was a recipient of their Albert P. Weissman Award. Upon his graduation from Columbia College, Mr. Vilaro founded Luna Negra Dance Theater in Chicago, a company which served as a springboard for Latino dance throughout the Midwest. Under his ten-year artistic direction, Luna Negra amassed a distinguished repertory of works by Latino choreographers such as Ron De Jesús, Vicente Nebrada, and Gustavo Ramírez Sansano. Mr. Vilaro’s own choreography is devoted to capturing the spiritual, sensual and historical essence of the Latino cultures. He created over 20 ballets for Luna Negra and has received commissions from the Ravinia Festival, the Chicago Sinfonietta, the Grant Park Festival, the Lexington Ballet and the Chicago Symphony. He has collaborated with major dance and design artists as well as musicians such as Paquito D’Rivera, Susana Baca, Luciana Souza, and Tiempo Libre. In 2001 he was a recipient of a Ruth Page Award for choreography, and in 2003 he was honored for his choreographic work at Panama’s II International Festival of Ballet. In 2011, Mr. Vilaro premiered Asuka, his first work for Ballet Hispanico, “an unexpected interpretation of [Celia] Cruz’s music…high-energy and colorful” (Chicago Dance Digest).

Mr. Vilaro was an associate professor at the Dance Center of Columbia College and has served on the board of directors of Dance/USA. He has also served on panels for the National Endowment for the Arts and the New York State Council on the Arts. He was a guest speaker at the Salzburg Global Forum for Young Cultural Leaders and the National Association for Latino Arts and Culture, and he continues to speak to the growing need for cultural diversity and dance education.