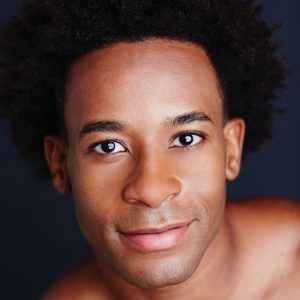 Justin Dominic , a native of Newark, NJ, began his formal dance training at Newark Arts High School. In addition, he was a fellowship student at the Ailey School and attended summers at the American Ballet Theater and Joffrey Ballet School. On a full scholarship, Justin received his B.F.A from the University of North Carolina School of the Arts where he performed with the Limon Company and works by Mark Morris, Lar Lubovitch, Merce Cunningham, George Balanchine, Donald McKayle, and Larry Keigwin.

As a recipient of the Advanced Opportunity Fellowship, Justin received his M.F.A in dance at the University of Wisconsin-Milwaukee. While finishing graduate school, he directed, choreographed, and produced his first screendance and short-film “unapologetic me: BLACK | GAY | MAN.” Justin is glad to return to the Met Opera Ballet for the 2018/19 production of Marnie.