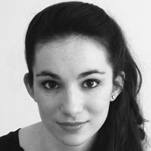 Madelyn Eltringham graduated summa cum laude in May 2015, with a BFA degree in Dance Performance from the Conservatory of Dance at Purchase College. In her Fall 2013 semester, she was chosen to take part in the Conservatory’s international exchange program, giving her the opportunity to study abroad at London Contemporary Dance School. As a member of the Purchase Dance Company, she has performed works by Sarah Mettin, Adam Barruch, Gabrielle Lamb, Rosalind Newman, Ori Flomin, George Balanchine restaged by Bettijane Sills, and Nicolo Fonte. Ms. Eltringham, a New Jersey native, attended The Academy for Visual and Performing Arts High School (Dance Major-Theater Minor) in Denville. During that time she trained with the New Jersey Dance Theatre Ensemble, under the direction of Nancy Turano, as well as being privately coached by Yuliya Akopyan of the Bolshoi Ballet. Since graduating, Madelyn has performed as a member of RéCo Dance at the Reverb Dance Festival and Hudson River Museum, as well as most recently appearing in a new work by Magdalyn Segale at the INKUBATE performance series.