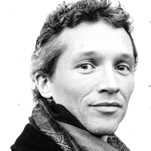 As the third generation of his family at the Royal Danish Ballet, he chose to pursue a career abroad after his graduation and went on to dance with Boston Ballet II, Hamburg Ballet and San Francisco Ballet. In his 15 years with SFB he rose to the rank of soloist with a wide repertoire of lead and supporting roles spanning from the romantic classics of Petipa, Bournonville and the modern classics of Balanchine, Robbins, Taylor, MacMillan, Forsythe to the avant-garde modern of Redha. He created works with Mark Morris, Christopher Wheeldon, Alexei Ratmansky, Yuri Possokhov, James Kudelka, Helgi Thomasson, Val Caniparoli, and was critically acclaimed for his character portrayals.

As a guest he performed with Royal Winnipeg Ballet, Les Ballets Grandiva, South African Ballet Theatre, San Francisco Opera and numerous tours with the Soloists of the Royal Danish Ballet. In 2004 he helped initiate an outreach collaboration between SFB and South African Ballet Theatre, which steered him towards teaching. In 2008 he became ballet master of the boys program at Ballet San Jose School, quadrupling the enrollment in the first year. He has taught and staged Bournonville at the schools of San Francisco Ballet; Oregon Ballet Theater; Ballet San Jose; Peridance; Ballet Academy East, as well as company classes at Royal Danish Ballet; Ballet San Jose, Alvin Ailey American Dance Theater.

Upon retiring from the stage he completed a BFA with honors from St. Mary’s College in California, and spearheaded a Fellowship program in Arts Administration at CalPerformances at UCBerkeley, California.

Peter Brandenhoff is a faculty member at the Ailey School in New York City, where he teaches in the Professional and Junior divisions. He also teaches his own pre-professional training program for students ages 7-14 in New York City.