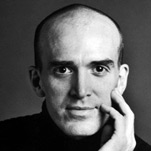 Stephen Pier has achieved a uniquely rich and varied career as a dancer, teacher, and choreographer. His credits as a performer include many years with the Jose Limon Company where the New York press hailed him as “…one of the most gifted dancers on the modern dance scene today.” He went on to become a leading soloist with the Hamburg Ballet in Germany, performing the title roles in John Neumeier’s Othello and Saint Matthew’s Passion and creating numerous other major roles during his nine years with the company. As a member of the Royal Danish Ballet for six years, Mr. Pier had the privilege of dancing leading roles in works of Bournonville, Balanchine, MacMillan, and Bejart and of collaborating with many of Europe’s finest contemporary choreographers.

Mr. Pier was invited to teach both the company and the school of the Royal Danish Ballet and served as ballet master for the company from 1992-1996. He has taught on the faculty of the Alvin Ailey School, the Martha Graham Center, Regional Dance America, New York International Ballet Competition and for many notable companies in Europe, America and Asia including Alvin Ailey American Dance Theater, Atlanta Ballet, Bat Dor (Israel), Introdans, Scapino Ballet, Cedar Lake Dance Ensemble and the New National Theater (Tokyo). He was on the faculty of the Juilliard School from 1996 until 2010. His students have danced in companies around the world, including The Royal Ballet, Royal Danish Ballet, San Francisco Ballet, Netherlands Dance Theater, Martha Graham Company, Lar Lubovitch Company, Mark Morris Dance Company, Doug Varone Dancers, Cullberg Ballet, Cedar Lake Ensemble, Alvin Ailey and Bat Sheva.

In 2002, Mr. Pier began PierGroupDance to explore and collaborate with dancers and artists in various art forms. He has created over 30 works for the concert stage, opera, theater, and film. His work has been presented by The Hamburg Ballet, Royal Danish Ballet, Royal Danish Theater, Royal Danish Opera, Bat Dor, The New National Theater, the Juilliard Dance Ensemble, The Di Capo Opera Company (NYC), Nilas Martins Dance Company, and the Dance on Film Festival at Lincoln Center. He was selected to be part of Jacob’s Pillow Choreographer’s Project in 1998. He co-founded and directed the emerging choreographer’s workshop Danses at the Royal Danish Ballet from 1990 to 1996.

He was the artistic director of Juilliard’s innovative Mentoring Program beginning in 2007, and in September 2008 he began a 3-year tenure as director of Visions and Voices: Altria/ABT Women’s Choreography Project at American Ballet Theater.